Posted on October 6, 2020 by kesseljunkie

Eddie Van Halen died. It affected me more than I would’ve expected.

A lot of people are writing lists of the 10 best solos, or the 7 best songs, or the something something whatever. I don’t want to do that, but I’ll share a couple of things because hey, that’s what I do.

I was a kid the first time I heard Van Halen. I’m pretty sure “Jump” was the monster hit that made me aware of them – it’s the monster hit that made everyone aware of them. David Lee Roth’s slow-motion jump kick is burned into the memories of everyone staying up late to watch Friday Night Videos. My older brother had the tape for 1984, and he couldn’t guard it every minute of the day, so I took it and I listened. I also listened to 5150.

Van Halen was instantly my favorite band, only dethroned by The Doors years later. I didn’t know how that magic was made, but magic it was.

I picked up a copy of Women and Children First at a Church carnival White Elephant sale for 50 cents. (I picked up Billy Joel’s The Stranger at the same time.) It was a tremendously formative time, and Van Halen was the music helping shape memory. I begged my dad to buy me a copy of Van Halen II when he took me to the mall for some other reason.

One of the first CDs I ever bought was OU812. It contains my favorite Van Halen track of all time. Points if you can guess which one it is.

The second concert I ever attended was Van Halen on the For Unlawful Carnal Knowledge tour. My parents weren’t thrilled with that concert shirt; I had bet they wouldn’t understand what the first letters spelled out, but alas.

I was front row once on Eddie’s side of the stage at a show in a summer too long ago. It’s a treasured memory. I still have one of the guitar picks he tossed out.

I was trying to explain to a friend why Eddie’s death hits so hard, and why it’s likely hitting hard for a lot of people. Here’s a bit, taken from what I texted to him and what I said to another, and given some extra. I guess it’s my eulogy to what Eddie meant to me.

I never met Eddie Van Halen. But he was a big part of some of the best memories of my youth.

I cried a little when I read Eddie Van Halen died. His music is such a huge part of my life it’s just one of those moments. This has more impact I think because the music is literally the soundtrack of girls I kissed, nights out with friends in the middle of nowhere, drinking and writing, and all that. The soundtrack of our lives.

I mean Eddie Van Halen was so huge he was featured on “Beat It” with Michael Jackson. He married a TV superstar. Insane levels of fame due to his talent. So huge they could fire their popular front man and replace him and keep selling out arenas.

Van Halen songs were reasons to jump around and sing along, and play air guitar back-to-back with your friends as you made a public ass of yourself, laughing. Van Halen songs were energy, and their later ballads were the ones you played when you were first getting smitten.

There’s a girl from a lifetime ago whose memory is inextricably part of the memory of one of their biggest hits. There’s a recollection of sitting at the end of my neighborhood street, smoking and listening to Summer Nights while smoking a cigarette. There are smiles and laughter from friends in the past, as we spent nights listening and drinking with Van Halen songs in the background.

Rest in peace, Eddie. I hope you get to do a killer set with Hendrix now. 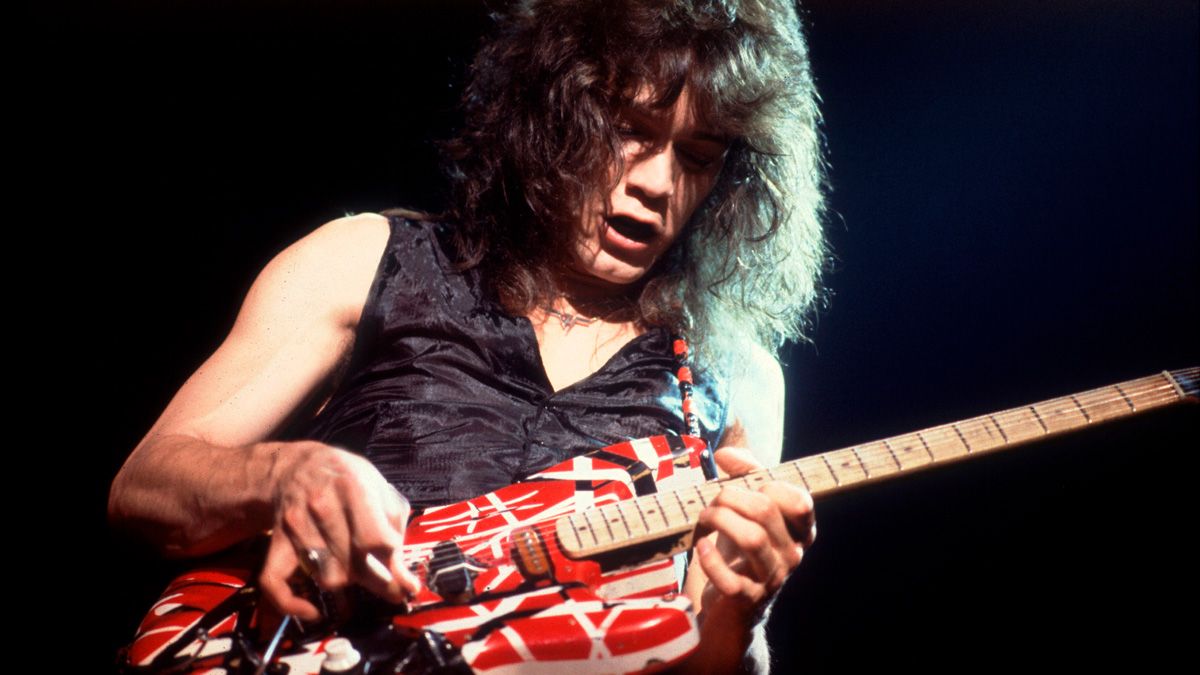