Posted on September 28, 2020 by kesseljunkie

Every so often I get around to a movie that’s been on my “to watch” list for so long, I feel obligated to watch it. I’ll happen across it on a service like Amazon Prime and decide that the tumblers have finally aligned and it’s time to unlock this achievement.

And so I found myself watching No Holds Barred, the 1989 pro wrestling movie that was engineered to capitalize on the enduring popularity of Hulk Hogan and transform pro wrestling from mega-sized oddity into family-friendly commodity.

They still managed to do that, but it wouldn’t be right to give No Holds Barred credit for that. If anything, No Holds Barred set the industry back in terms of crossover appeal.

My Letterboxd review went into this but I was limited by how much I wanted to type on an iPhone screen while processing what it was that I had just witnessed. So, I’ve expanded and adapted it to this more longform forum, where I have been known to shout my displeasure with movies from the virtual rooftops.

I couldn’t resist the urge to provide for you my unabridged thoughts, instead of walking away from this 1989 stinkerpiece completely. (The original review is below.)

See, 1989 was a formative year for my, and many other people’s, movie tastes. Batman changed superhero movies forever. Indiana Jones met his Dad. The Ghostbusters proved that there never really should have been a sequel.

If you’ve been following along on my marathon blogging streak, you know that I also recently revisited another 1989 anti-gem called Tango & Cash. This compulsion to revisit 1989 only proves again a point that I learned when I “revisited” 1994 for my old show, RetroPerspective.

Over time, we remember a year fondly because the ones that we love are ones that we love with abandon. As we flesh out the memories of yesteryear, we will discover what was always hidden away before the home video market shined a light on it.

Most movies in a given year actually suck.

This is how he poses after possibly committing manslaughter if not 2nd degree murder.


Now, I know that it’s impolitic to say that things suck. You’re supposed to be gentle and kind, and considerate of those who might like what you don’t. That’s all well and good, but even if you carve out a large enough space for your personal tastes and the tastes of most other people you know, the tsunami of movies will drown them all.

After all, who talks about the movies from 1939 that didn’t get preserved? Who treasures the original Batman serials of the 1940s? (The Batman serials are revisited only because of the kitschy ironic appeal of seeing a beloved character in a time when comic books were still for kids.) Who talks of the career of Humphrey Bogart and treasures their Criterion Collection copy of The Return of Dr. X?

And so, I think, I’ve stumbled on one of the things that informs my compulsion to watch bad movies. It’s a subtle reminder to myself that when I happen across something that I enjoy, to treasure it and not fall down the rabbit hole of ironically championing Armageddon because…I don’t know, whatever reason the hipsters chose.

And now, without further ado, my review of No Holds Barred. I’ve also expanded it a bit to add some color to it so you can get a full experience instead of just carrying it over from Letterboxd.

I couldn’t do that with this one. Is it because it’s psychologically harmful to a happy memory of loving pro wrestling while I was a kid? I think that’s entirely possible. When something bad treads on sacred ground (as it were), I think it revolts us even more deeply.

To be clear, I loved pro wrestling in the 1980s. We ALL did. This movie COULD have been a surefire success, if it had the right script and attention to detail.

Instead, it has a terrible script and a child’s perception of how business and broadcast work. I guess it was trying to be a kid-friendly fable with one of the country’s biggest stars in Hulk Hogan, but instead it’s got the lesser arc of a UHF wrestling work.

I mean, sure, the main character “Rip,” played by Hulk Hogan, kills one person at the end of the movie (implied, at least) and bears witness to a man electrocuting himself to death. But this was kid friendly I guess?

No, seriously, this is the guy who played Jacob on LOST.


To be sure, wrestling works were simplistic and corny most times. We all accepted and lived with that, but it was small scale and so it was easier to overlook the cornier stuff because the whole point was small-screen escapism. On a slow Saturday night, before the Internet, it was tons of fun to watch these brawlers construct memorable works and indelible characters that you’d imitate with your brother.

When you’re dealing with the big screen, though, you’ve got an obligation to refine the rougher parts and heighten the realism in order to sell the fantasy. It’s not optional. It’s an obligation.

For pete’s sake, I still don’t even know the main character’s last name. It’s not even in the credits. I watched the credits in hopes I would see it. It’s not there. I’m unwilling to go back and see if it’s a detail I just missed because I was so mind-numbingly in shock at how they missed the mark with what should have been a surefire hit.

The production budget does this no favors, either. It looks like it was filmed on a shoestring, and a short one at that. The fate of the main villains at the end is more overboard nonsense as well, and defies anyone over the age of five to play along.

And given the righteous song rights procured for live events, I’d have liked a stronger collection of songs on the soundtrack.

Everyone deserved better than this.

Mainly, though, I wound up feeling bad for Tommy Lister, Jr., who played “Zeus.” He was put in what I’d call the “Chris O’Donnell Scenario”: You’ve got a high profile role offered to you. You’d be insane to turn it down. It sounds like it has all the makings of a star turn. Instead you wind up with a career albatross around your neck.

I’m happy, at least, that he got to play the president in The Fifth Element and Deebo in Friday. I really enjoyed him in those roles.

He went on to have a hell of a film career, actually, now that I think about it.

So now I don’t feel bad for him. He’s had a great career. I don’t feel any guilt about saying this movie sucks now. 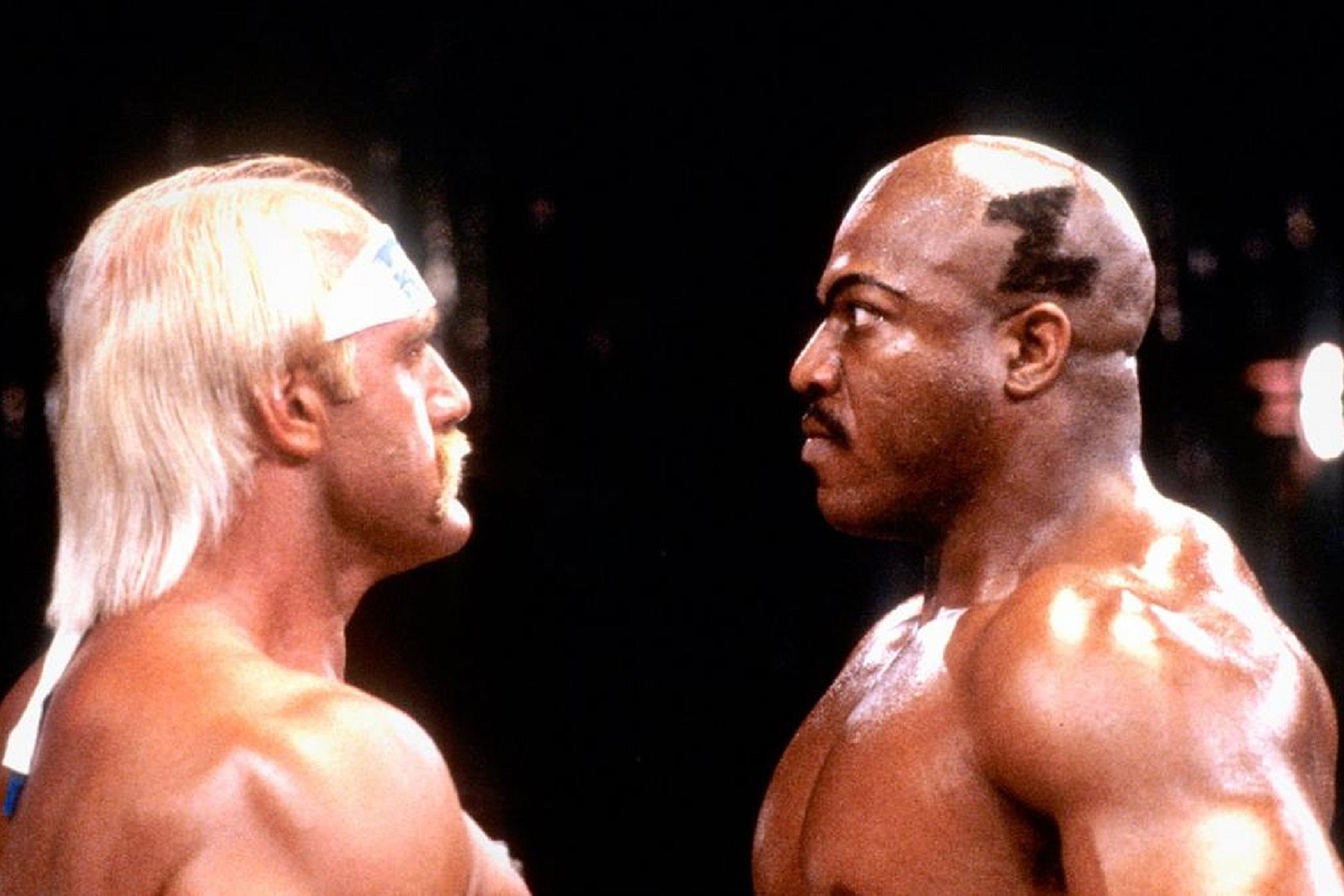 And boy, does it suck.

One thought on “It Took Me Three Decades, But I Finally Watched “No Holds Barred””