Truly great films have always been able to transcend time thanks to a variety of factors. One factor is the universality of certain themes. Star Wars transcended 1977 because the core themes had to do with things to which people can relate beyond the release time.

Blade Runner, though it’s now set in the past, as crazy as it may seem, still resonates because it deals with questions of humanity and existence that have become only more relevant as our society has marched farther down the road of automation and human/machine mimickry.

So too, The Shining finds a newly-added layer of relevance while the world seemingly goes insane as its “leaders” try to keep it locked down in perpetuity or until the political winds shift, whichever comes first. 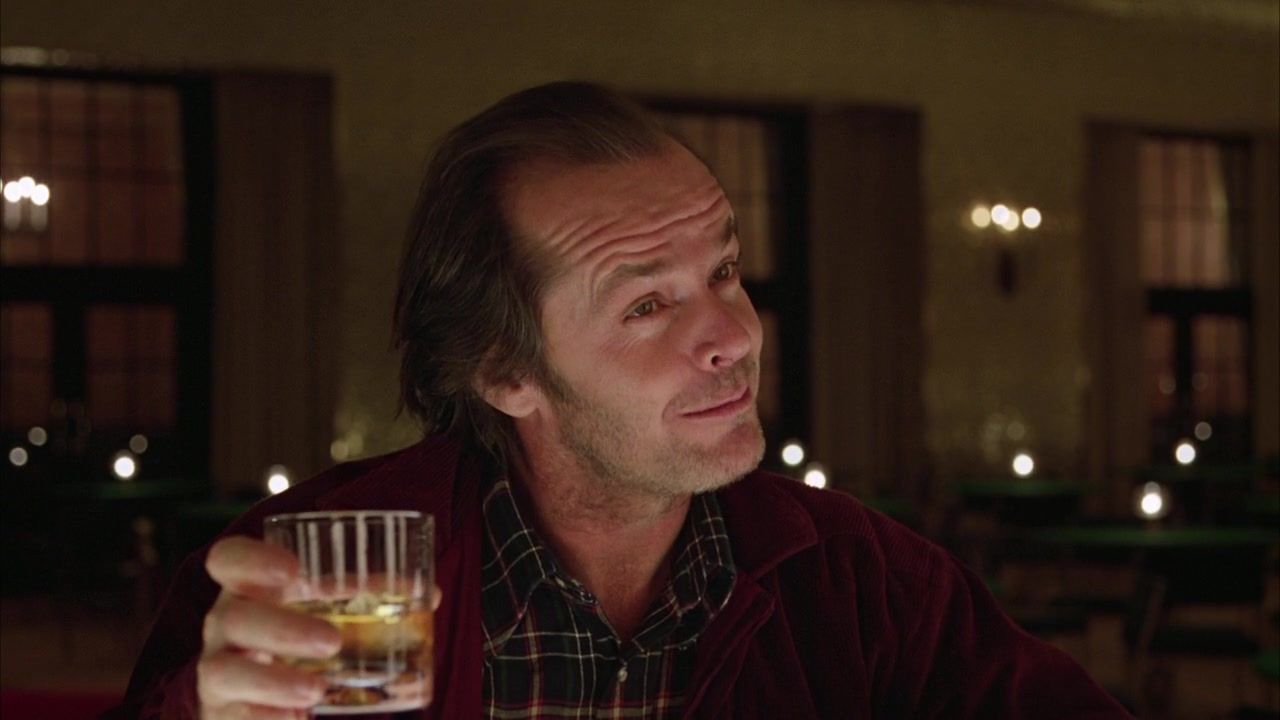 It is also a cautionary tale about how easily alcohol becomes a crutch.

The Shining, if you haven’t seen it (and you should!), is the story of what happens to a family when they are left isolated in a (haunted) hotel for a long period of time. Setting aside all the deep metaphorical statements about marriage and family, on the surface this is a survival story of a family that cannot leave where they are.

No matter how badly they want to get out into the world they are left only with each other and a shared space that they cannot leave. They weren’t the healthiest family in the first place, and the added “togetherness” exacerbates their issues.

The father snaps. I’m not saying that’s particularly relatable, but it’s not unrelatable. (Since we live in an an era where idiots roam the Internet and take things out of context: I am completely kidding. I’d never snap with my family. If there were a neighboring hotel, though, they should probably be a little nervous.)

As I rewatched The Shining recently, I reflected on the now-relatable idea of living somewhere and being “unable” to leave. Sure, I live in a comfortable enough era and area where deliveries are possible.

But often I ponder what it would have been like if even just one factor had been different.

As I watched the tale unfold, I was reminded of a question I’ve been asking for quite a while as I see people spar online about who did what for which reason in public. The simple question is this, and for which I don’t have a ready answer:

Did we not expect everyone to snap during this time?

P.S. It’s also a cautionary tale about alcoholism and addiction in general. Those rates are increasing greatly during the time I’m writing this, so I implore you to carefully consider your actions and to get help if you need it.

One thought on “What We Should Understand from The Shining”