Posted on September 4, 2020 by kesseljunkie

My cousin and fellow blogger “GSLLC” has been going through a rewatch of the Star Trek movies lately, and he asked me to do a special thing since I’m someone who actually likes Star Trek V: The Final Frontier.

We did an audio commentary track for the movie, and I’m letting you know about it here, too. I had a lot of fun, and I think he did, too. In fact, while we’re both exceedingly honest in our appraisals of the movie,

I don’t have the capability to host audio files here on WordPress, so here’s the link to his blog. You’ll be able to find it there.

I hope you enjoy it.

“I found them, Captain. People who actually like this movie.”

There is, however, something he said in the blogs leading up to this moment with which I sincerely disagree. Like many others, he casts aspersions on William Shatner’s acting talents.

While I don’t think that Mr. Shatner is of a kind with Daniel Day-Lewis, he’s actually a good actor. It just depends on the part.

Captain Kirk may verge on the cartoonish from time to time, but that’s more a function of the material than the actor. I know that’s hard to accept for Star Trek fans, but it’s true. The original series is in the mold of Adam West’s Batman, and informed by the same time period aesthetic.

Shatner is an incredibly gifted comic actor. He is also a gifted actor overall. The performances for which he’s teased are selected from a long career where the material hasn’t always been stellar. 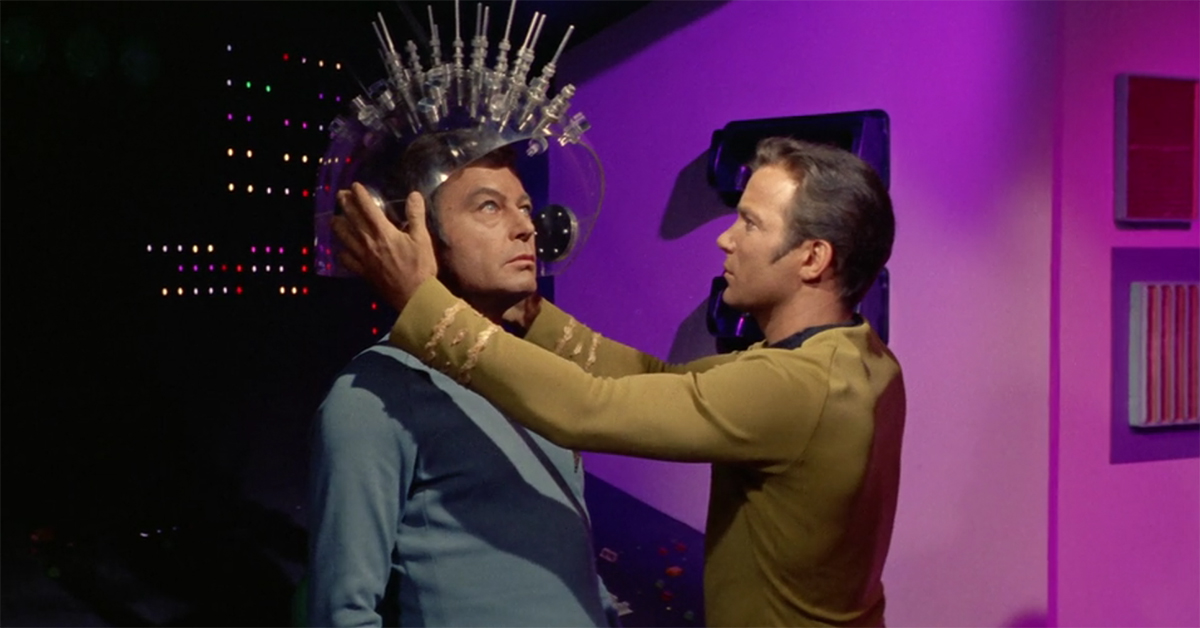 I mean, the era is a factor and also what is anyone supposed to do with “Spock’s Brain” anyway?

See, as I’ve said before, I agree with Roger Ebert on the matter of judging movie performances. It’s the director’s job to get the performance he or she needs from the actor. The director knows what they want, and their skills are supposed to bend toward bringing that forth from the actor.

Back to the point, though, William Shatner shows great acting chops in Star Trek II: The Wrath of Khan and Star Trek VI: The Undiscovered Country. Heck, he has solid performances in all his Star Trek films. It’s true! Even the scene that everyone likes to make fun of in Star Trek III: The Search to Undo Star Trek II, where he collapses on the bridge repeating “You Klingon bastard…” is a moving scene. And the one where he and the crew watch the Enterprise die (spoilers) while on the Genesis planet is, too. Star Trek IV: The Voyage Home leans hard into his comic talents.

An amazing scene, with clear direction.

And his performance in Star Trek V is fine, too. That’s right, I said it. He’s able to ham it up in the comedy scenes and he has a few serious beats (especially the campfire scene) that are memorable.

It’s just old hat for him by that point, as is everyone else. One of the things I truly love about the movie is just the sense that everyone is having fun. It’s infectious.

They know they’ve kept a gig going a lot longer than expected, are near retirement age, and so everything is loose. There are story problems that don’t help with things, but at the same time it’s an infectious vibe.

At least, I think so.

I want to be clear, too. I’m not some blind fan who thinks William Shatner is going to be my friend because I think or say this.

Remember, if you want to hear this commentary you can listen or download it from the GSLLC blog.

If you like the sound of my voice, or some of the things I say, you can always check me out on my weekly Star Wars podcast, Aggressive Negotiations, with my friend Matt. We’re a part of The Nerd Party network, which is home to a lot of fun shows.

You can also catch me on The Nerd Party as a part of House of Fincher, a single-season podcast about…you guessed it, David Fincher.