While I’ve been playing, I’ve been struck by how the sound effects haven’t evolved much since I was last playing video games — which was awhile ago. The sounds are all in this same spot that they were before.

It’s fine, and I’m not complaining. It’s not like I have a demands that it sound hyper-realistic. I know how these things work.

It’s just that, after marveling at the advances in graphics, the soundscape hasn’t really shifted. The ambient sounds, the footsteps…they’re all synced beautifully but they don’t sound any different than games I was playing in the past. When contrasted with the

Keep in mind I’m not speaking about the sound of the voices, or anything like that. I’m talking specifically about the ambient noises generated by actions like walking, and climbing, and such.

It just strikes me as odd that for all the bells and whistles (and gameplay frustrations) that stand out to someone like me who’s just working back into the flow of playing, the sound design wouldn’t “wow” me as well. I don’t know if I expected it to “wow” me at all, it’s just noticeable when contrasted to the things that did.

Maybe it’s just that I’m playing something from the Star Wars universe and those sounds are so seared in my brain that I register them differently. I may have a different experience with a different game.

Is it me? Is it because I don’t have the latest Dolby THX Surround Sound Super Scan Tech Bar with Extra Quads?

Or is it just that there’s a ceiling on how “real” these things can sound, and we’ve reached it? I’d be willing to accept that as the case, but I don’t want to presume. 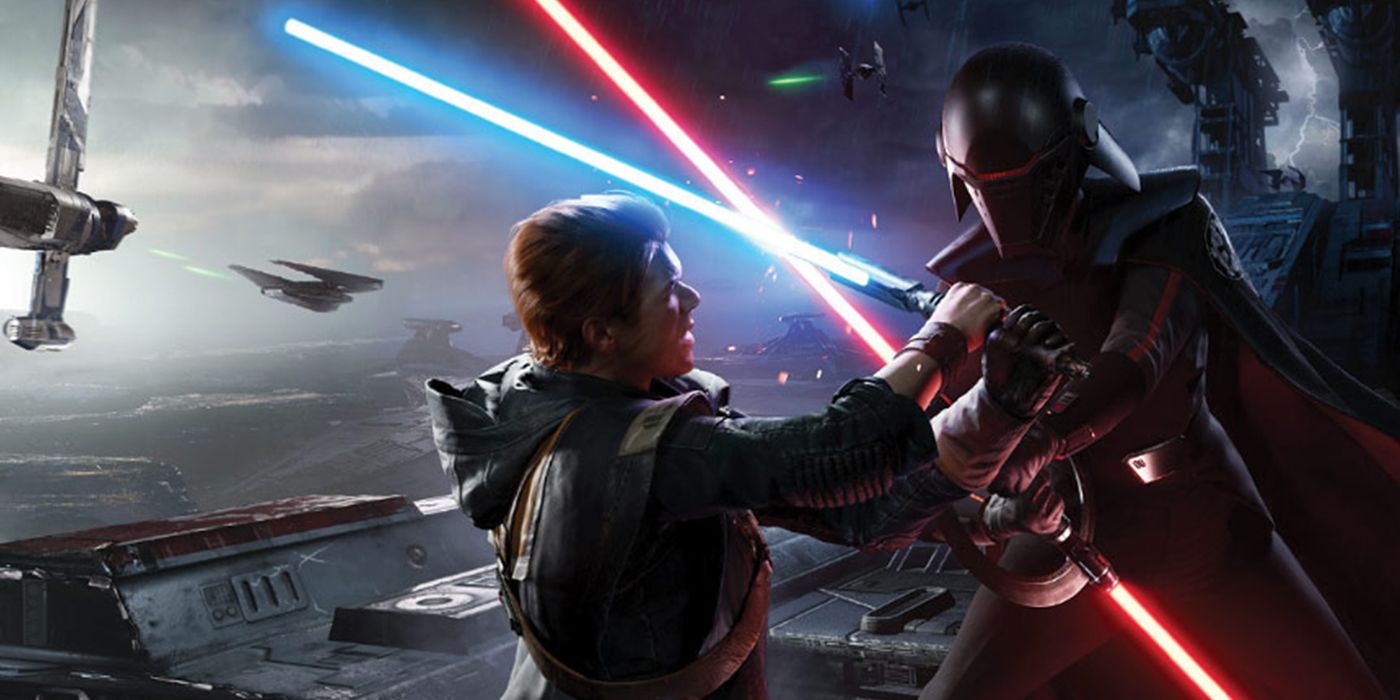 Although, since you can customize, my saber blade is naturally the same shade of green as Qui-Gon Jinn’s.