Agent Bun, whilst shopping around for something that may or may not have been a gift for me (it was, I’m sure), sauntered into the room and asked, “What does Multi-Format Mean?”

I found this charming, because I consider it basic knowledge to the point that I forget it isn’t basic knowledge for everyone. It’s incredibly easy to lose perspective on those things, be it so-called “easter eggs” in movies or a section of the U.S. Constitution.

The qualifier here is she was making sure specifically because she knew I wouldn’t accept a format older than BluRay. She had asked about movies earlier in the day while fishing for ideas. While we haven’t upgraded to 4K yet, it’s mainly because we don’t see a need to replace a TV until it stops working.

(However, I had told her that if she got me a DVD, it may as well be a VHS tape. I know we’re just supposed to be grateful for things, but we can also have standards.)

But it spurred the discussion about Multi-Format in the first place. Why not just a BluRay disc?

I’ve heard any number of stories, up to and including a lawsuit someone filed because of the inherent requirement to upgrade your player for the new format, but I’ve yet to find specific confirmation of it. Also, if you want to go play Barnaby Jones and get me the link, that’d be great. 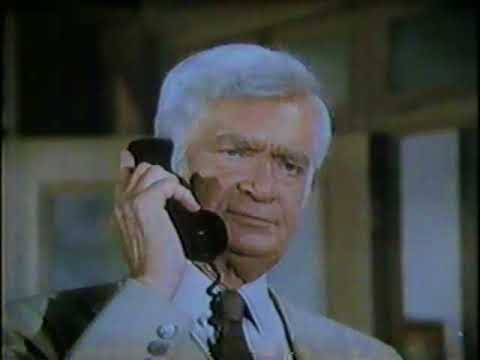 Barnaby Jones would figure this out in 60 minutes, with commercial breaks included.

Multi-Format gets under my skin when it means more than one disc just because I hate hate that they’re giving me an extra copy I don’t want and don’t plan to use. It’s not good for the environment to keep making plastic discs that will go into a landfill sometime between now and I’m a rotting corpse, so why not make as few of them as we can?

It’s like I’ve bought a book and someone packages the large-print edition with it for slightly more. I’m only going to use one of these. Save yourself – and me – the extra cost and materials.

To avoid the typical complaining that one of my oldest friends offers on occasion, I’m not advocating the abolishment of physical media. I may have in the past, but that was before I figured out that owning a digital-only copy may not be the great bet I once thought it was.

Setting aside the unsettling topics of de facto shadow censorship by corporations, I know that there’s streaming. I also know some things are special enough to get on disc, and are the only way to preserve specific iterations of films you love, including Blade Runner or Apocalypse Now.

And there are other movies that you want to own as well, without being dependent on streaming overlords. Not everything is on a service to which you subscribe. Sometimes you want to watch it without an additional rental fee, especially if it’s something you’ll watch with any regularity.

Of course, it’s not true across the board. But it’s been true often enough. If I want a copy of a movie in a format, just let me have that copy in that format. If I want it in both formats for some odd reason, then I’ll get it in both. Heck, I know a guy who still buys 3D discs because…well, that’s his thing not mine.

Just give me the option to get a disc in a single format, and go on my way.