This is just a random musing, because like most anyone else I kick this around in my head from time to time.

One of Batman’s many nemeses, Dr. Viktor Fries could only live in a special suit that maintained a ridiculously cold body temperature because of a condition whereby….so on and so forth. Along the way he was imbued with a tragic backstory of his wife being frozen while he searched for a cure to a deadly disease.

If you really don’t know his history or why he’s a sympathetic villain, I recommend you watch his episodes in Batman The Animated Series or its direct-to-DVD movie Batman/Mr. Freeze Sub-Zero.

Heck, the character is of such long-standing you could see him in the 1960s Batman TV series! It’s kind of charming, actually, to see him from an era when comic book programming was decidedly for children.

In the 1966 series, his original name was Doctor Shivel, not Fries. But for the purposes of this blog I’ll be using my preferred surname of his past life, Fries.

If you really want to bring the pain, you can watch Joel Schumacher’s Batman & Robin. But I strongly recommend you stick with the animated stuff instead. It’s the only time onscreen that Mr. Freeze’s character really found a compelling groove.

Today’s musing, though, is why Doctor Fries chose Mister Freeze as his criminal moniker. I’ve never been able to resolve it completely. The only truly interesting Mr. Freeze to be honest, outside the video games.

Did he believe it would throw people off the trail?
You could imagine people saying, “Oh it couldn’t be Victor. He’s a doctor.” That way he could let his old life die and, like Two-Face, draw a distinction between who he was and who he had become.

Is it an outward symbol of a doctorate he doesn’t feel worthy to hold?
Doctor Fries was an intelligent man and a great researcher, depending on the iteration. It’s possible that the outward manifestation of his limitations has made him forsake the honorific “Doctor,” to remind him to be humble while he works on a cure for his wife.

Has he simply moved past the pretension of your typical Ph.D., insisting everyone call him “Doctor”?
I really think this might turn the spotlight on me since I find Mr. Freeze sympathetic, I might just be making up a reason to have him be less of a pretentious sort.

Is he avoiding malpractice lawsuits?
While Batman may have a heck of a time keeping Mr. Freeze locked up, there are few things as tenacious as lawyers. He may just feel like running from one vigilante is a lot easier than having to change his phone number every six months.

Did the [whatever] board strip him of his doctorate when he turned to crime?
This seems feasible. It could also set up a nice arc where he traps everyone in a hearing room to present his case why he still deserves to have his accreditation. Then, when he loses, he freezes them all.

There’s also the easiest explanation, though it’s the least fun:

The writers just chose Mr. Freeze because it sounded cool.

But I’m an obsessive nerd in the online age, I want a better answer than that! 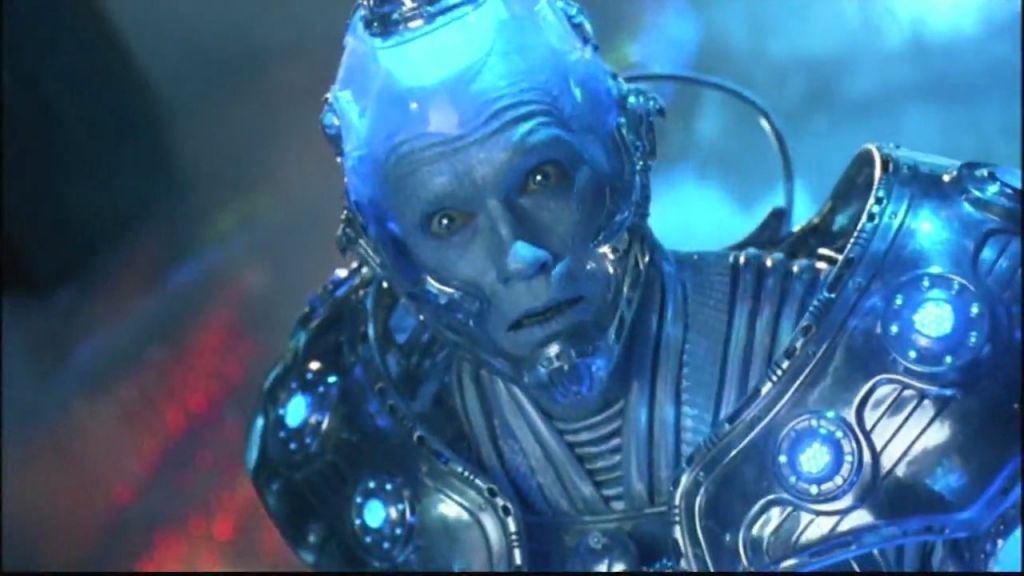 Of course, I also wanted a better movie than this, but you can’t always get what you want.