The headlines recently touted how the release date of James Cameron’s next film, Avatar 2: Still Filming, was delayed “due to COVID.” This is incredibly disingenuous and designed to deflect people away from analysis and allow them to wallow in the “what else could go wrong” narrative that fulfills their days locked away from their regular lives.

Avatar 2: Probably Never Coming Out has been delayed so many times that I am not even sure how to count each instance. The man responsible for so many stunning achievements in cinema history – The Terminator, writing Rambo: First Blood Part II, Aliens, Terminator 2: Judgment Day, and Titanic (look, it was, OK?) – has become consumed with the idea of creating a perfect arc of sequels to the billion-dollar blockbuster that people weren’t all that much in love with in the first place, Avatar.

It’s frustrating because I want to see him make something else in the interim. I want to see him direct a music video, or challenge Michael Bay to a cage match, or even just appear in a commercial for deodorant. ANYTHING.

But what assuages that frustration is that I realized he’s actually engaged in the greatest piece of performance art in history. 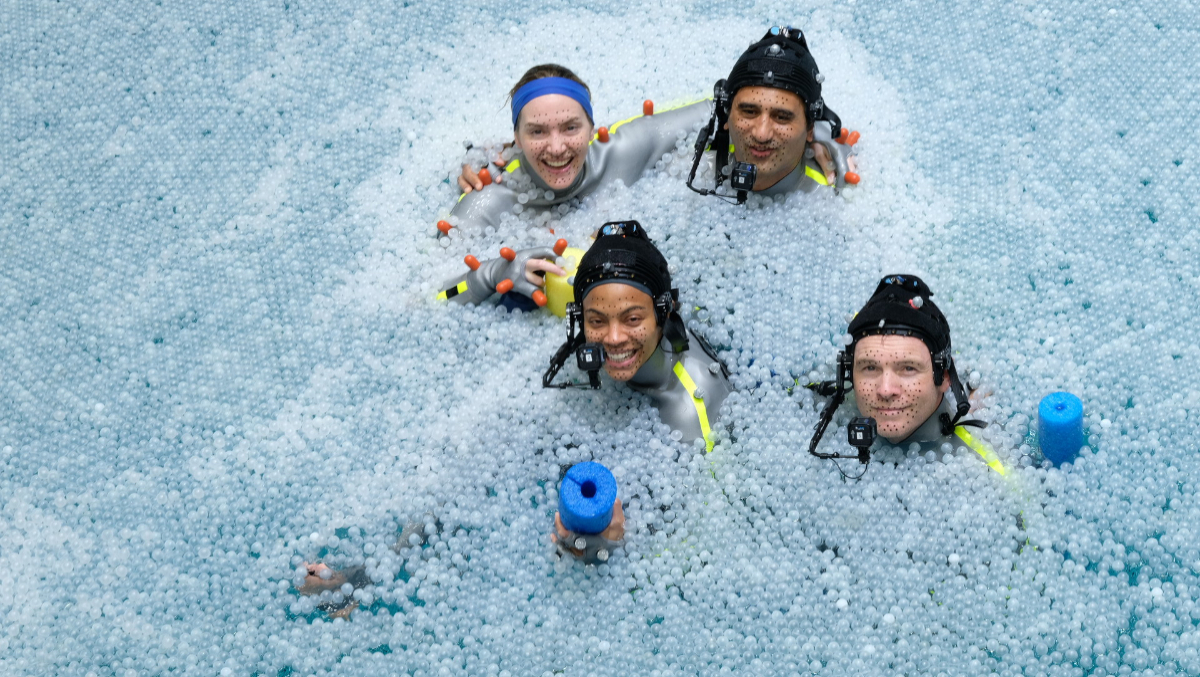 For someone who cares about the environment, all these little plastic balls seem…not great.

He’s milking the production pipeline, and now the Rodent Overlord Conglomerate, for all the money they’re willing to spend for him to deliver…something eventually.

Even if he never delivers Avatar 2, 3, 4, or 5, or however many there are now supposed to be, he’s getting paid by Disney®™© regardless. He’s already sitting on a giant pile of cash, and he can just keep adding to his bottom line just filming and toying with effects to no end.

He is single-handedly exposing how to get a giant production house to hand someone endless cash with no pressure to deliver on a timeline.

How many filmmakers bemoan that their timelines affected their vision for a movie?

Ron Howard had to reshoot most of a film in record time, and complete post-production, when the original filmmakers were fired and Disney didn’t want to move the release date. It worked out well because Solo: A Star Wars Story is far better than the cranky nerd-ragers think, and even has a grassroots demand for a sequel simmering online the same way Zack Snyder’s cut of Justice League did.

But there are many examples of compromises and shortfalls along the way. Last Action Hero is a famous example of a movie was rushed through production to compete for a summer release, and became regarded as an Ishtar-level disaster.

JJ Abrams had to adjust his production methods to meet an arbitrary release date for Star Wars: [Don’t Say Episode IX:] The Rise of Skywalker, and it was the first of his films to have an overwhelmingly mediocre reception from critics and rational audience members.

But not James “Jimmy” Cameron. He gets paid, is given resources, and gets to deliver his film(s)…whenever the hell he wishes.

He’s a model for other filmmakers to follow, and I have no idea why more can’t follow his lead. He’s showing that you don’t have to be a slave to the release schedules dictated by Disney©®™ and its near-monopolistic dominance of the multiplex.

…because it certainly wasn’t Avatar.