This stop in our series examining Sybok and his quest to heal the pain of other fictional characters brings us to another interesting character in the 1980s/90s action franchises. We encounter the heroine of the Terminator franchise, Sarah Connor.

It is difficult to think of a heroine more pivotal to an entire generation’s understanding of feminine competence than Sarah Connor. So what would happen if Sybok were to encounter her, and relieve her of her pain?

Sarah Connor’s heroism truly is worthy of Joseph Campbell’s “hero’s journey” analysis. Like Luke Skywalker, she’s stuck doing unimportant work in an unimportant place. She is not even a footnote to human history until she discovers that, like the Virgin Mary, she is the vessel for the savior of human history.\

When visited by Kyle Reese, she is thrust into the battle for the very fate of a world that has yet to exist. She has to choose between modern skepticism and hope for the intangible times yet to come. Her importance cannot be understated.

Key to her journey before the first Terminator is her discontent with what the world has offered to that point. She is not satisfied with her situation and uncomfortable with the bland possibilities it offers. Like so many of us in reality, Sarah sees the shallow lie of the debauchery that characterizes youth and is unhappy with it.

Naturally, by the time of Terminator 2: Judgment Day, she has had to watch the horror of a machine from the future that killed her one true love and the loss of her son to the bureaucrats who refuse to entertain her story.

We’re left, much like with Ellen Ripley, with a decision as to when Sybok might encounter our heroine.

If he were to encounter her before the first Terminator, it’s easy to argue that she still ends up on the same path. She is as resolved as anyone can be to an unimportant life; her fate is thrust upon her by a (probably odiferous) time traveler and monster machine from a post-apocalyptic future.

But what if, instead of the glory-hound Dr. Silberman, Sarah’s psychiatrist leading to Terminator 2: Judgment Day was…Sybok? 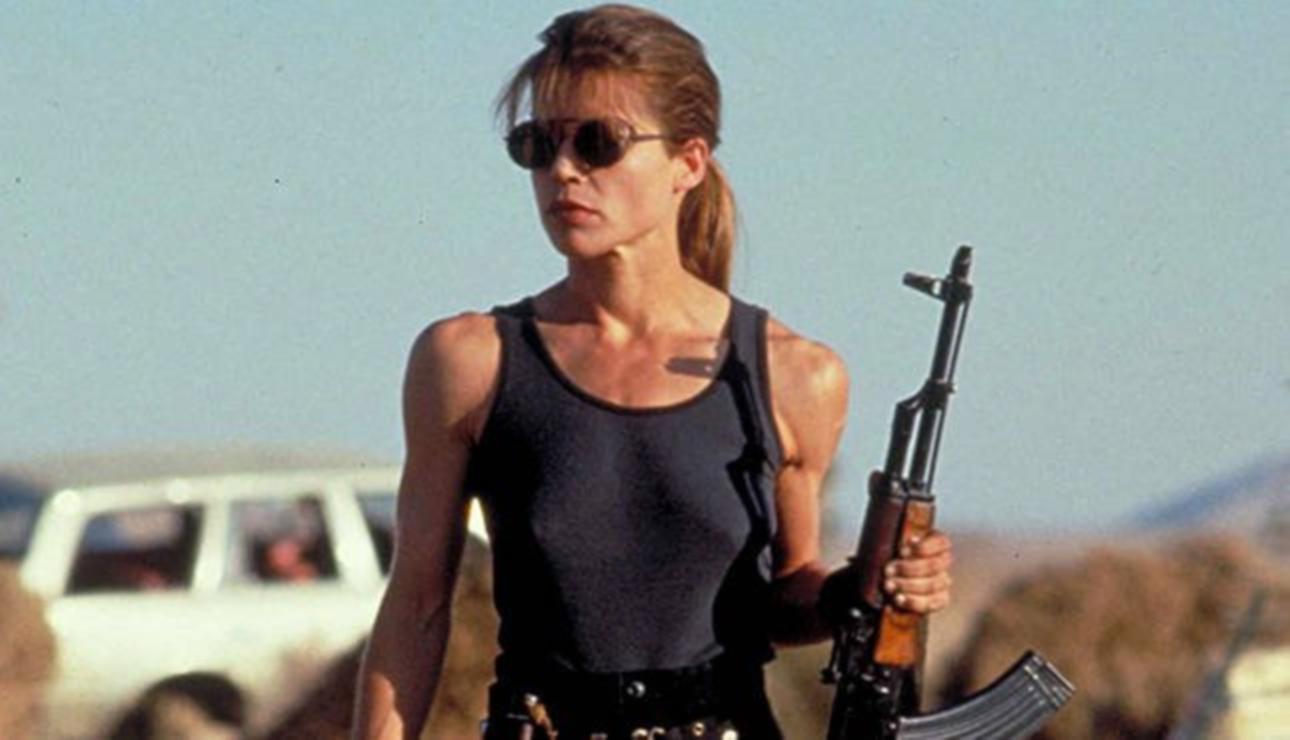 Just like Ellen Ripley, we see confirmation that Captain James Tiberius Kirk of the Starship Enterprise is correct that our pain defines us and can spur us on to do great things. However, unlike both of them, Sarah’s pain and anger blind her to the need for love and devotion.

This is a case where Sybok’s self-help psychology may have helped Sarah, and may not have cost the world. But it’s a curious predicament because, without his mother, John himself is lost at that point in his life and won’t move forward without her.

She is more important to others than she is to herself, and so exposes the biggest shortcoming with Sybok’s philosophies. Sybok is all about freeing you from pain so that you can achieve personal happiness.

But is that the greatest goal?

Personal pain may be a heavy burden, but you have to ask yourself whether your own satisfaction is the greatest cause or if you’re willing to sacrifice your personal goals for the sake of others.

It wasn’t uncommon, in the past, to see self-sacrifice as one of the greatest virtues. Sarah, though she loses her way for a time, comes to realize that the battle isn’t about her but about what she’s willing to give.

Would she still be in the position to give her all without her pain? It’s certainly an interesting possibility.