We all know that, long ago, I started on a strange journey of adoration with one of the least-respected franchise films of the last three decades, Star Trek V: The Final Frontier. What started as a playful means of self-soothing evolved into a legitimate respect for the film.

Either way, I do love Star Trek V: The Final Frontier and all its quirky imperfections. From the quality chemistry of the lead characters to the brazen camp of going on a literal search for God, to its obvious budgetary shortfalls and resultant creative missteps, it has charm to spare.

But at the core of my love and respect for this film is the performance of Laurence Luckinbill as Sybok.

Sybok for President of the World!

Sybok is a sympathetic character! He’s a powerful, motivated individual with tremendous talents who is looking for answers to life. As he observes, the “ultimate knowledge” is what we all seek.

He is driven to the point of madness by a vision – which ends up being true! – given to him that God is physically at the center of the galaxy. This madness doesn’t make him harm people, but rather convert them to his cause.

He does this by sharing, and seemingly absorbing, a piece of someone’s greatest emotional pains. He makes people confront these pains with the idea that it “frees” their souls. As Kirk reveals, Sybok’s spiritual salve is a reactionary fake, but the intent is pure. The road to Hell, as we all well know, is paved with good intentions.

This power of his motivates this next series I’m releasing this week.

Sybok was feeling your pain before Bill Clinton stole his bit.

Previously, I asked if Sybok could have saved Darth Vader. Beyond that, I pondered whether he could have stopped Thanos, the monomaniacal genocidal murderer in the much-venerated Disney’s Marvel’s Cinematic Universe, by having him confront his pain.

As I worked to think up things to write to keep this playful and therapeutic bit of writing going, I realized there is a whole treasure trove of heroes that would be interesting challenges for Sybok.

Could his power, his empathy, change the course of history if it were introduced to another fictional world? I want to explore if it would, and if it did, what the repercussions would be.

And for those that might think having an introductory piece at the start of the series is abnormal, I will point you to several others that I’ve done to open other series. Also I’ve been told that some people aren’t terribly familiar with my sense of humor and these might help.

So as you can see, this is just how I approach the idea of a series. The question now, is, which franchise care do I first treat to Sybok’s penetrating, insightful gaze?

I know who it will be, but you’re going to have to wait to find out til next time. 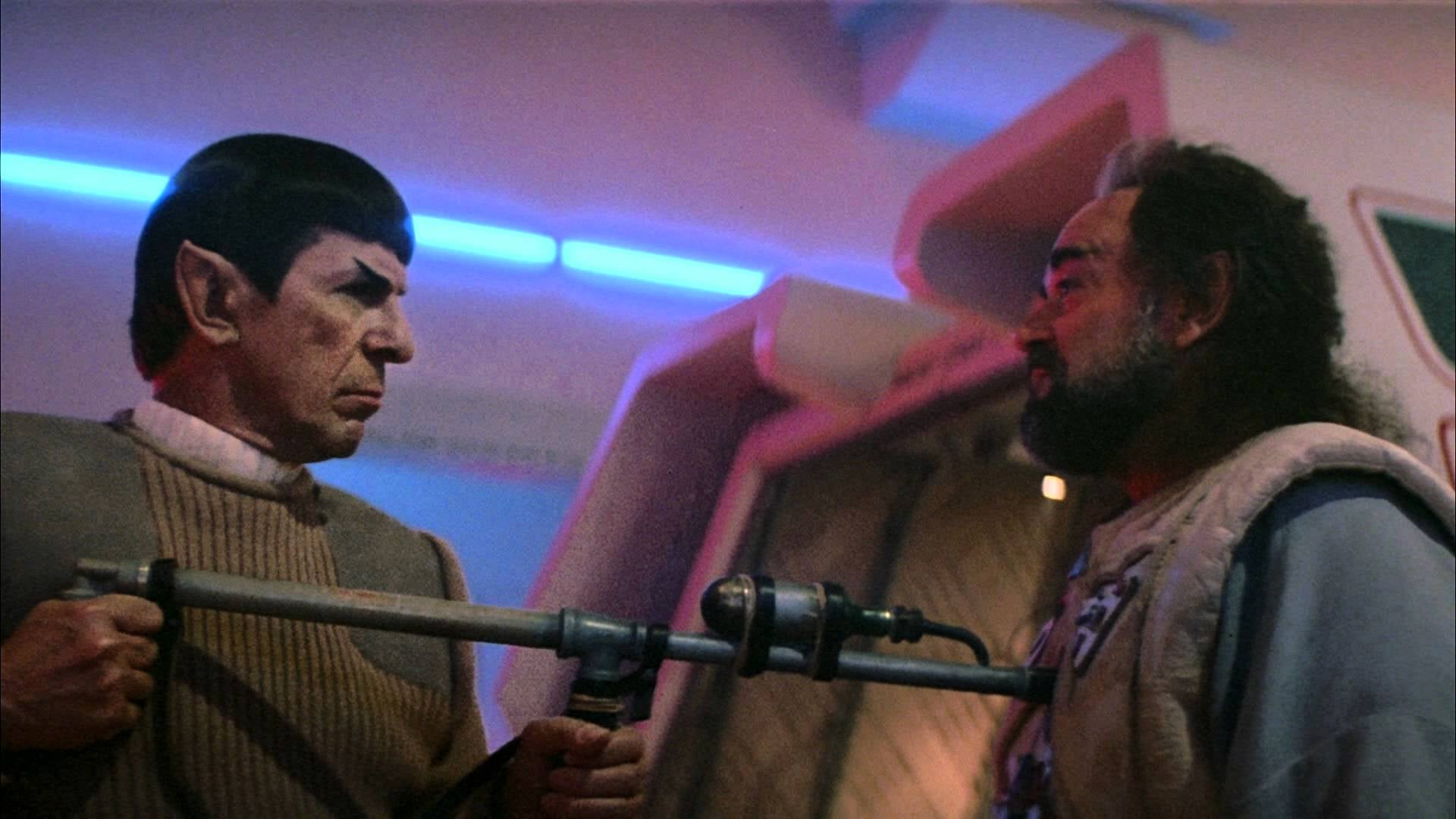 Go ahead and shoot. I’ll never stop saying that Star Trek V is more enjoyable than Iron Man 2 or Thor: The Dark World. And at least one other MCU movie that I won’t name because I want you to guess it.