As I as wont to do, I started thinking about Star Wars today. I mean, it’s not exactly out of character. But I stumbled on another question from the saga that I wish had been answered onscreen.

This is sort of an ongoing series that I have, where I pose different questions from different films in the Star Wars franchise. I write them as the whim strikes me, and some of them are strictly for fun. Some of them are purely for giggles. All of them are worth reading!

I’d especially point you toward one about Luke’s rescue attempt in Return of the Jedi that I was pondering well before it was hip to ask snarkily on Twitter. It even led to a personal favorite, Luke Skywalker: Crisis Manager.

Anyway, neither one of those has to do with today’s question.

How Did Han & Chewie Lose the Millenium Falcon?

Shortly after, they’re hijacked by…Han and Chewie! As a fun fact, the moment in the trailer where Han says, “Chewie…we’re home,” caused me to turn to Agent Bun and say, “Oh, neat. Han lost the Falcon.” (Harrison Ford’s voice also caused my dog to growl, for the record.)

He talks about how they’ve been looking for the ship but have somehow never found it. There’s a passing reference that shows he knows Unkar Plutt and they should have searched the “Western Reaches” more closely.

It’s also established that the Falcon has changed hands more than once.

So how did he lose it? 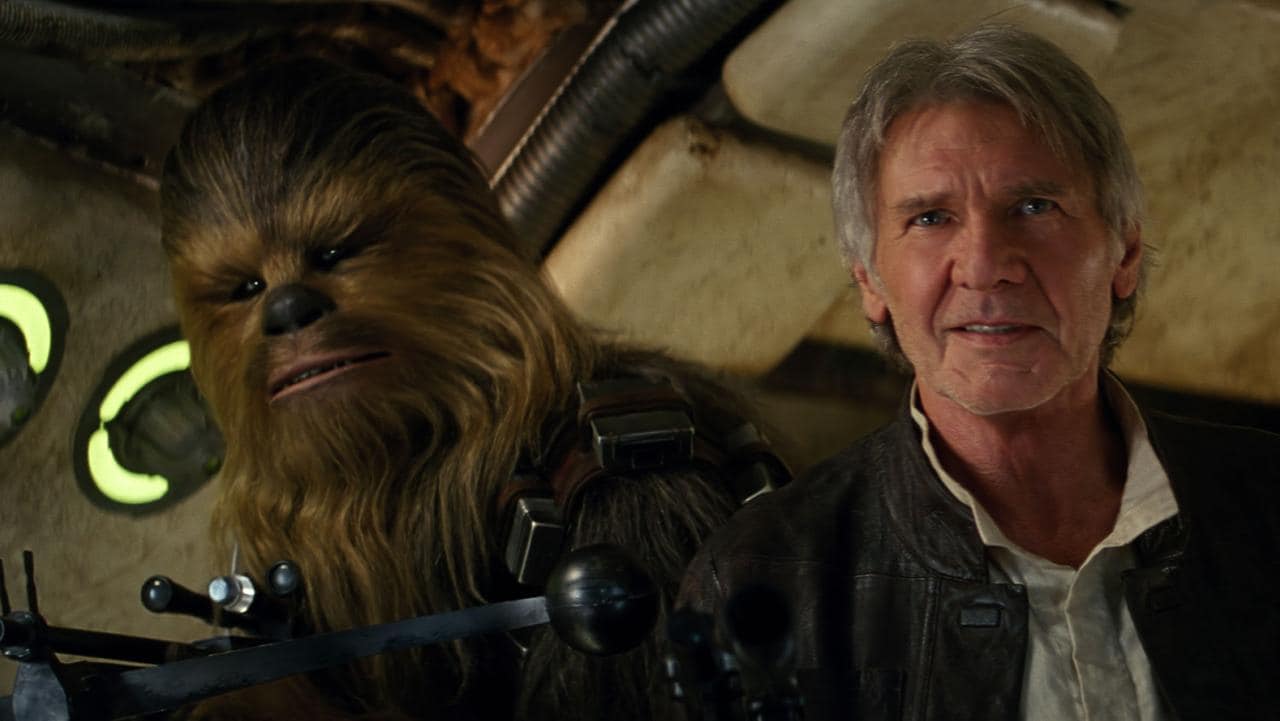 I’m sure there’s some explanation somewhere in a book, or a passing reference, but I’ve always been disappointed that it wasn’t mentioned onscreen specifically how Han lost the ship. It would have been a quick, easy line of dialogue.

I’m also disappointed that I’m way too lazy to read all the books to find out if they say why, but then I wouldn’t be writing this. Besides, the odds are you didn’t read it either.

Is it necessary? No.

In fact, I could probably be convinced, if I were so inclined, to applaud that they resisted the urge to go into too much detail. As it is, franchise fans are so lazy they now “need” movies to explain everything.

I mean, I presume that Han lost it in a card game since he won it that way. Lando also loved the ship and won it that way and he lost it that way, too. Supporting the idea of losing it in a card game, Han says later in the movie that he reverted to type once he and Leia started having relationship issues thanks to events that would have been better left unexplained, too.

So it’s not necessary to say how or why Han lost the ship, I just wish they had tossed that line of dialogue since there was so much of that thirty years between films that should have been explained in some small way but wasn’t. Give me something to think about besides what the hell powered Starkiller Base the first time it fired!

So that’s it. Is there a different answer you favor?

2 thoughts on “An Unanswered Question from The Force Awakens”