This is not what you think it’s about. This is about movies, and is born out of a conversation with a chap I’ve known for decades.

He’s a really good guy, and occasionally we hit spots where we find ourselves accidentally exploring an issue that winds up going off on a bizarrely serious tangent.

In this case, we were talking about movies. As we both love to joke, the cult movie Phantasm has a remaster available for purchase thanks to JJ Abrams’ fandom of it. The movie is, to say the least, not wildly popular for a reason. There are some who even might say it kind of sucks.

I’m not the one on trial here!

What we got around to debating and wondering, yet again, was why Phantasm has a remaster but some of the truly classic long-lost gems don’t even have a decent modern release.

Take, for instance, the film 29th Street. This 1991 charmer stars Danny Aiello and Anthony Lapaglia in a dramatization of the real-life story of Frank Pesce, the first winner of the New York State Lottery. It’s set at Christmastime, and a used DVD copy of it goes for $72.24 on Amazon. It’s got a terrific supporting cast, it’s set at Christmas, and has a genuinely lovely story arc.

Why is there an affordable remaster of Phantasm, but not of that? 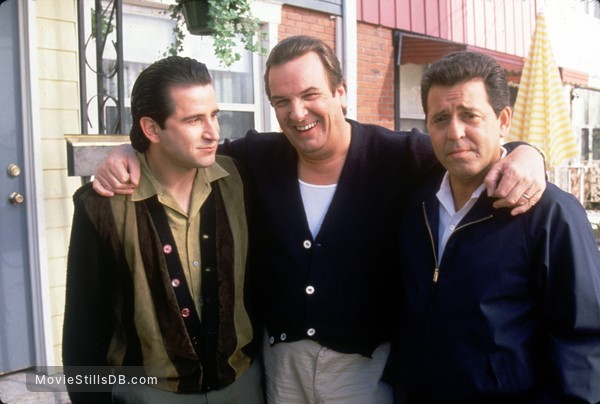 It’s 100% better than Phantasm. I promise you that.

Before someone thinks they’ve got the answer to end all answers, I’m aware that if JJ Abrams, a powerful producer in Hollywood, is the fan of a movie then it’s going to get remastered.

I’m aware of the argument that there’s a financial side to things. They’re not going to bother with the restoration of a film that isn’t going to get money back for them.

I’m also aware that it highlights the arbitrary nature of film preservation.

Any given film is special to someone. Trust me on this one.

Unlike previous generations we seem to care deeply about preserving past entertainment. Classic television shows have resurged on streaming platforms. It’s sparked debates about whether the show’s continued availability, if it’s available to modern audiences, forgives that times have changed since its airing.

Before I go off on a different tangent and this becomes a different argument, what I’m really fascinated by is why it bothers “us” so much when things we loved in the past aren’t redeemed in modern formats. Part of growing up is accepting that you’ll lose some things that were special to you.

Sometimes all that remains of your fondest moments are fading memories. For some, that’s just hard to accept.

Maybe that’s part of what’s at the core with certain films being pulled from different services. It’s actively invalidating a fond memory, and a time in your life that is sacred. It’s not so much the movie or the show itself that you’re trying to defend, but the sacrosanct remembrance of our collective youth.

For me, it’s just hard to accept that just because I didn’t remake Star Trek II: The Wrath of Khan in the most unbearably ham-handed way possible, or preside over the whimpering expiration of the Skywalker Saga, I don’t get to purchase a remaster of a film that I truly loved.

Maybe there’s some jealousy or hurt in there. To keep it personal, something I don’t like is treated with a reverence I feel undeserved, whether it’s Phantasm or the execrable Showgirls, while things that I do are actively cast by the wayside. Something about it seems unfair.

But then, life has always been unfair. Maybe some things just have to be accepted as destined for the dustbin.

Dust to Dust to Digital

Now, I’m not at all arguing for the erasure of films because times change. I’m staunchly for preserving them as they’re a part of a collective cultural record in the same way that the ruins at Pompeii are. We know a lot about how Roman society evolved in every aspect from politics to slavery thanks to what was preserved, often just as a function of accidental geology.

For that reason, yes, I think we should save all the films we can. I’m just making peace with the idea that the record won’t necessarily be as complete as it should.

Maybe as we transition to digital and streaming, it’ll get better. There are fewer physical considerations, even though technology continues to change rapidly even on that front.

2 thoughts on “What’s Worth Saving?”