Imagine, if you will, a bookstore. It wasn’t a Barnes & Noble or Borders, though. I’m pretty sure it was a Waldenbooks, based on the color scheme of the carpets and nature of the shelves that I remember. 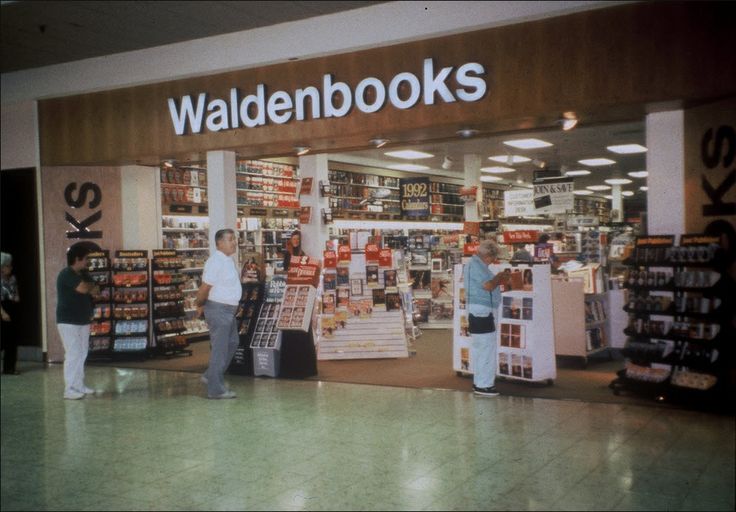 Anyhow, I was having a discussion with a friend today where we were discussing the phenomenon where mass hallucinations occur about pop culture or historical events. Naturally, I used an event related to Star Wars for an example.

I remember being in this bookstore – again, I am fairly certain it was a Waldenbooks – with a friend of mine as I looked for any new Star Wars titles to procure. In the days before the Internet, it was easy to overlook some of the mass market paperback releases. Even if there was no new release to discover, though, I still loved to window shop. Books have always been a weakness of mine for impulse purchases, but that’s a story for another time on this seemingly-endless writing streak.

While I can’t be positive about who the friend was with me, given the time period of which I’m thinking, it was most likely one of my dearest friends of long-standing. I’m also certain that the person was just bored senseless as we crossed paths with a girl also among the shelves, to whom I inevitably started talking about Star Wars.

It was a pleasant conversation, as I recall, until she said something that made me stop dead in my mental tracks.

“Wedge died in The Empire Strikes Back.”

There was a solid, awkward moment of silence as my brain processed whether I heard those words in the correct order. Alas I had, and I was extremely puzzled.

I protested and assured her that no, Wedge did not die in The Empire Strikes Back. Things escalated quickly as she insisted that yes, he did.

Her assurance was founded in the fact that Rogue Two died. Therefore, in her mind, Wedge had died because she believed that he was Rogue Two. She smiled as she pointed out what a huge continuity error it was for Return of the Jedi.

It never became a full-blown argument, but I refused to back down from my position. I said that when she watched the movie again, she would discover her error. Rogue Two was Zev. Wedge was Rogue Three in The Empire Strikes Back.

I remember that while we parted on fine terms, I’m sure she thought I was a massive jackass. While I don’t recall doing so, I’m sure I made some comment to my friend that this fool didn’t know their Star Wars.

No, He Didn’t…And Why I Kept Thinking about This Today

It’s entirely possible that when I recommended she watch the movie again, I’d have said she needed to watch it again. In my typical clumsy fashion, I’d have missed the opportunity to build a bridge on our common bond and instead hammer home the fact that I was correct.

It’s only relatively recently that I’ve learned to stop caring whether someone else was wrong. With the preponderance of social media, the number of times per day you run across a stranger with an incorrect recollection has risen exponentially.

I’m also sure that as polite as I was, my incredulity showed through; I don’t always have the best poker face in those situations. I know my flaws fairly well, and I also know my natural tendency to debate my positions very strongly.

I still don’t prefer to concede the point just to keep the peace, either. I might defer, but I’ll let the other person know I’m deferring for the sake of amity.

For that reason, I can’t help but look back on memories like this through the prism of modern times and sensibilities. Because it seems that sometimes it doesn’t matter whether you’re right, wrong, or earnest, but in how the other person wants to portray you to the world.

How would this have been portrayed in a Twitter thread in the current world? Would someone out there relay the story of how a man was “gatekeeping” them in a harmless discussion? Would I have found my picture floating out online somewhere, as evidence of a monstrous Mansplainer? After all, there’s no way I could present what was at the core of the discussion. I’d not have even known it was out there.

And for the skeptics, how can I be sure that I’m remembering it correctly? Because this isn’t the first time I’ve recalled it, and I tend to remember Star Wars-related incidents through my life. Memories about The Doors are pretty strong too.

The rest can get fuzzy, sure, but that stuff sticks with you.